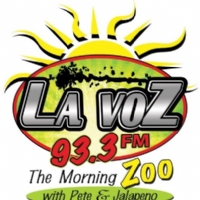 Abilene Crime Stoppers, Inc.
Working together to combat crime within our Communities, making a difference
in our way of life.

OUR HISTORY
In October of 1980, members of the Abilene Police Department contacted the “Citizen’s Against Crime” committee. They were shown a film detailing the "Crime Stoppers" program that had been implemented in several cities in Texas. At the preview of the film that was shown, Bill Terry of KTAB TV was present and offered his enthusiastic support for the program.

On November 12, 1980, the "Citizen's Against Crime" committee of the Abilene Chamber of Commerce recommended the implementation of a "crime stoppers" program for Abilene. This recommendation was made to the executive committee of the chamber of commerce.

In March of 1981, "Abilene Crime Stoppers, Inc." was formed as a non-profit organization and certified by the State of Texas Crime Stoppers Advisory Council. The program was designed as a community base program where a TRI-LATERAL PARTNERSHIP was formed between the citizens, the media and law enforcement in a combined effort to help combat crime within the community.

THE PROGRAMS PROGRESS
(Through The Years Since March 1981)

The program over the last Thirty plus years has grown from the basic program serving Abilene, to a very productive and professional program now serving the citizens of Abilene and Taylor County.

Our campus programs, teaches our students responsibility. We have a board of directors made up of students from each of the campuses. This structure gives our students' ownership in the program, while teaching them how to conduct a board meeting and run a nonprofit organization. The student board meets once a month at a central location to conduct the business of their crime stoppers program and once a year they attend a State Crime Stoppers student conference, where they learn and network with students from all over the State on how to better their schools through developing stronger crime stopper programs.

Then in the 2009-2010 School year, Taylor County Campus Crime Stoppers program was formed as a "Safe School" program. Merkel, Trent and Tuscola High Schools were brought on board under Abilene Crime Stoppers umbrella.  The Safe School program is a no student board program due to the logistic and distances from each of the county high schools.  All tips are received through the main crime stoppers program and disseminated to the Taylor County SRO (school resource officer) or Taylor County Sheriff Office.

The program in July of 1992 started the "Abilene's Wanted Person" program where career felons wanted for a felony offense are targeted and their pictures aired in the media, and a reward offered for their arrest.

In November 2007 we started a program called Wheel of Misfortune where we air on KRBC TV each Wednesday 12 Wanted Felons on a wheel and which ever felon the wheel lands on that is the featured person for the week.  Click on "Wanted Suspects" button to see all of our wanted persons aired.

In May of 1995, the program started its own BBS (Bulletin Board System). The system would allow computer users to dial up the BBS and was able to see what the crime stoppers program was all about, along with other information. Also through the BBS program was a network (CrimeStopNet), a networking of other crime stoppers programs; throughout, the State of Texas in a combined effort of exchanging information and ideas.

In October of 1996, through a donation from Camalott Communications (a local Internet Provider) Abilene Crime Stoppers, Inc. established its own e-mail address on the Internet "crimstop@camalott.com." The program had its own web page with links to Crime Stoppers International, Texas Ten Most Wanted, and the FBI's Most Wanted Fugitives. The BBS (Bulletin Board System) was discontinued due to budget constraints and only having one phone line, which is now being used for the Internet connection and web pages.

In June of 2005, Abilene Crime Stoppers, Inc. acquired our own domain name “abilenecrimestoppers.com”. Our program has updated our Web Pages on a new server to better serve our community and to help combat crime. We also have a new e-mail address: abilenecs@sbcglobal.net this address is not secure and we do not recommend using it to report tip information.

Tipsters can still call our hotline if they desire at 676-TIPS (8477) to check on the status of their tip and to find out if their information has led to a reward. The Web-Tip and the new Smart Phone P3 Tips App. This new software tool is anonymous and fully featured crime tipping mobile app for your Smart Phone to get your App visit ITunes Store for your free P3 Tips App.

Abilene Crime Stoppers, along with our campus programs, are well known throughout the State of Texas as one of the premier programs in the State.

The mission of Abilene Crime Stoppers, Inc. is to carry out a community offensive against crime through law enforcement, the media and citizen involvement, encouraging all citizens to report anonymous information about criminal activities. Offering rewards for information that helps Law Enforcement solve unsolved crimes.

Working together to combat crime within our Communities, making a difference in our way of life.

All site content on Abilene Crime Stoppers website is copyrighted.  Any copying, use, or dissemination without prior written permission is prohibited by law.